Verifying the Humanity of 10 Trillion Digital Interactions Every Week

By Rhushabh Mehta and Will Herbig,
SVP of Engineering, Senior Manager of Data Intelligence
October 2020

We’ve talked about our unprecedented scale before. And now, we’ve reached new heights: White Ops now verifies the humanity of more than 10 trillion digital interactions every week. The White Ops Bot Mitigation Platform verifies these interactions on behalf of our customers and determines whether it’s a sophisticated bot or human to protect our customers from fraud and abuse.

An online “interaction”, for our purposes, is defined as: an interaction that is observed by our bot mitigation platform where we make a human or bot decision based on technical evidence, machine learning, threat intelligence and continuous adaptation. Examples of these interactions include making sure an advertiser is buying digital ad space from a real publisher across all platforms and engaging with a human, ensuring it’s a human logging into an account and buying limited edition items, or judging the humanity of a form-fill even if there is a bot living on a real person’s device. Figure 1 shows when the White Ops Bot Mitigation Platform crossed that threshold. These decisions happen in 10 milliseconds with no impact to the customer experience, but our speed is a conversation for another day.

This significant increase in scale was a result of the continued move to digital, by expanding existing relationships with partners worldwide, and by bringing on new highly regarded clients like FreeWheel, Index Exchange, and several other top DSPs. Additionally, the launch of two new products (Marketing Integrity and Application Integrity) over the past year has resulted in new industries engaging with us in new ways. With these new partners comes an even deeper understanding of the larger cybercrime landscape, enabling us to constantly innovate to stay ahead of adversaries. 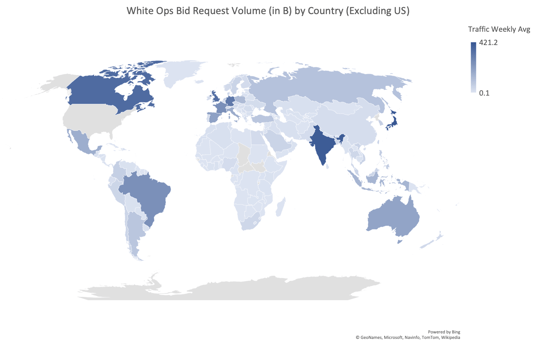 Figure 2: Heatmap of volumes of data processed on a weekly average around the world, excluding the United States.

Our privacy-sensitive code detects sophisticated bots all over the world. Our code is running across the internet on countless websites and apps every day. In Figure 2, you can see a heat map of average weekly digital interactions we verify each week in over 240 countries and territories. Our privacy-centric approach has earned us the trust of our partners and allowed us to reach an enormous global scale. This affords us a broader footprint than any single anti-virus or threat detection platform on the internet.

As we continue to expand globally, our biggest presence remains in the United States, shown in Figure 3. Here we see that just in Texas we verify roughly 500 billion interactions in a week on average. Everything really is bigger in Texas. 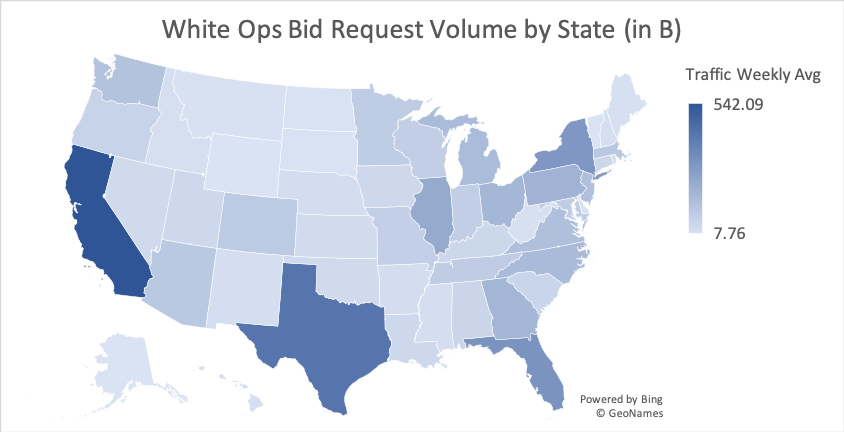 Figure 3: Snapshot of average White Ops volume (in billions) we see on average weekly in the United States.

Today, we protect 80% of the programmatic advertising ecosystem alone. We can break this down even further. In 2020, we’ve released groundbreaking bot fraud investigations across all kinds of devices. ICEBUCKET was the largest Connected TV (CTV) ad fraud operation to hit the internet. We released several pieces of research into mobile app fraud schemes, TERRACOTTA being one of the biggest and so complex we also put together a technical deep-dive report for the larger cybersecurity industry. Our unique approach to bot mitigation and bot detection put us in the lead role to collaborate with the FBI, Google, Facebook and many other partners in the takedown of 3ve, one of the largest botnets ever defeated.Table 1 is a breakdown of just how many devices we help protect from fraud schemes like these on behalf of our customers around the world:

Table 1: Number of devices we protect in the millions by device type.

Bearing this in mind, we see roughly 5 million infected devices each week. From fraudulent mobile apps running malware in the background of consumers’ phones to spoofing CTV audiences - fraud has a ripple effect that often impacts the average person and some of the largest companies on the internet if not caught. Getting this vast, behind-the-scenes look allows us to stay ahead of our adversaries - rather than constantly playing defense.

This is an important milestone for our company. The more digital interactions we verify, the better we can protect the entire ecosystem and fulfill our mission to disrupt the economics of cybercrime. But enough tooting our own horn. What we’re trying to say is this: 10 trillion is such a large number it’s hard to even fathom it, right? Ten trillion is a one with thirteen zeros following it, after all.

Here are some ways you can visualize just how big a number ten trillion really is: